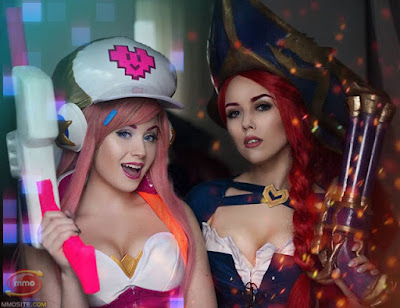 DoubleKill Cosplay is a Russian cosplaying team comprised of makeup artists Helen Stifler and Angelica Lolibel. MMOsite recently had the opportunity to speak with the talented cosplay duo about League of Legends and their cosplay background.

Helen Stifler: I became interested in cosplay many years ago when I watched my first anime, Elfen Lied. I was impressed by the characters and read a lot about this anime on the internet. Then one day I found cosplay photos and I really liked them! So I made my first cosplay from this anime and that's how I became a cosplayer.

Angelica Lolibel: Well, it was about eight years ago, a friend of mine took me to the anime festival where I got the opportunity to meet cosplayers and I was fascinated by their costumes. The hard work they put into making truly incredible cosplays amazed me, so I decided that I had to try it, too. 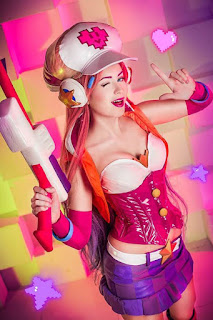 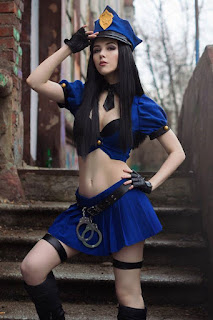 Who is your favorite champion to play in the game?

Helen: I like Lucian and Ahri! They are awesome to me.

Angelica: I main Sona. Can't do anything about it, she is the best champion I've ever played. I also love Ashe and I used to main her.

How did you two form "Doublekill Cosplay"? Did you know each other beforehand?

Helen:  We've known each other for many years. We just wanted to make something together, something that we both adore. So we made our Doublekill Cosplay page.

Angelica: She's like a sister to me so forming our small cosband was just a natural decision, especially after we started playing and cosplaying League of Legends.

Helen: I remember so many funny moments and I don't know what to choose! Maybe it's when me and Angelica tried to record how we were eating donuts as Vi and Caitlyn on camera and I forgot to turn on play button...and we didn't know that we ate all donuts without any record! It was such a shame!

Angelica: Hmm. It's a hard question. Every cosplay I make is important to me, I put my heart and soul in my costumes, so all the memories I have are essential to me. But I guess there was this one time... when I was making Shaco at one end of the room and Helen was - Jhin - at the other. We couldn't see each other while applying make-up, and then I guess I needed something so I turned and asked Helen, and she looked at me, and we saw each other for the first time as Shaco and Jhin and we just started laughing. I laughed so hard that my fake nose fell off. I love moments like this! 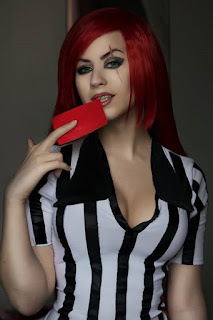 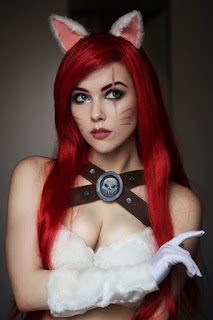 How long does it generally take to create a costume?

Helen: It depends on difficulty of costume. It can be three days or three weeks.

Angelica: Depending on the costume, I can make one in just one day or it can take about a month.

What are some of your favorite video games aside from LoL?

Angelica: The best game that I have ever played is The Witcher 3: Wild Hunt. That game is so good that I had difficulties playing other RPGs as they seemed boring and easy.

What's it like living in Russia? Are there a lot of conventions there?

Helen: Bears and vodka of course! Recently in Russia are quite a few conventions but I visit less of them.

Angelica: It's alright. Every country has its pros and cons! We have plenty of cosplay festivals, but I prefer game events like GameWorld (aka Igromir). It's the biggest video games exhibition in Russia, and this year it was united with the first Russian ComicCon. I had so much fun. I love cosplaying, playing video games and watching movies and events like this one give me an opportunity to do all those things. 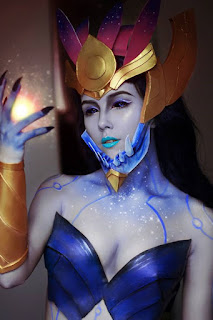 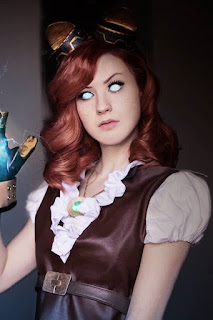 Helen: I've got so many favorite movies, I can't choose only one! Maybe Pet Cemetery because I love the book and the movie is really scary and awesome.

Angelica: I have sooooooo many of them! I can't name just one movie... I love of course all Christopher Nolan's movies. He's a genius! Then, The Lord of the Rings and The Hobbit trilogies, Harry Potter, Star Wars, Pirates of the Caribbean and many many more, haha.

Outside of cosplaying and video games, what are some of your other hobbies?

Helen: Make up experiments and crafting in various ways, from art to sewing.

Angelica: I enjoy traveling. I can't live without experiencing the wonderful emotions of visiting new places. I also love cooking (especially baking) and watching TV series’ and movies (I watch almost everything; the amount of TV that I watch is scary).

(To Helen) Experiments? Can you elaborate on that a bit?

Helen: I mean that I love to experiment with the appearance changes. For example, to change my face to the face of a completely different person. 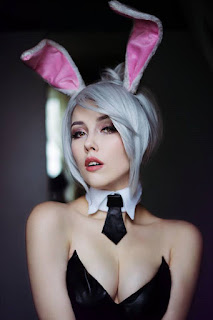 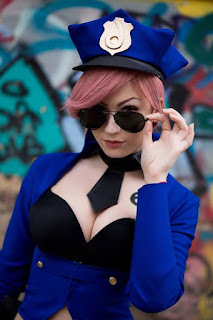 (To Angelica) What do you think will happen in the new Game of Thrones season?

Angelica: I absolutely love it Game of Thrones! You can expect anything from this show! Every time I get an idea what's gonna happen, a character dies, haha. But the only character who has the power to defeat the White Walkers is Daenerys, so I believe that she will come to Westeros and will fight them and then rule the kingdom. Or everyone will die…

Angelica: Haha mine is Jon Snow and I'm pretty sure that he wouldn't die any time soon. 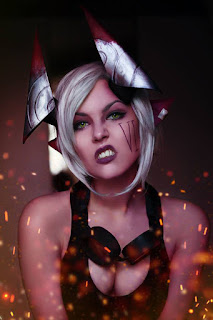 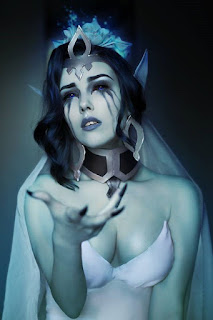 (To Helen) Do you think there's an age when someone is too old to cosplay? Like should a professional cosplayer "retire" so to speak?

Helen: There are characters of different ages and that's why you can't be too old for cosplay. You just need to select the characters that are not only suitable for you in the face but also on age. I’ve actually seen many grandmothers who cosplay with their grandkids, and it's cool!

Is there anything else either of you would like to add?

Helen: I would like to add a big thank you for your interesting questions! And I want to wish budding cosplayers to believe in yourself and do not give up if something does not work. Follow your dream and enjoy yourself as you are

Angelica: Thank you for the interview! I wish you and all your readers many good games! Don't be aggressive and just enjoy every moment, hahaha. 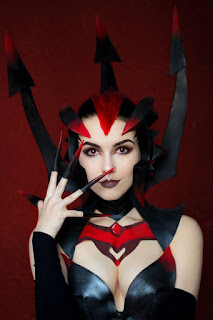 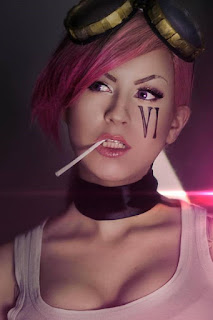