Back by popular demand is the MMOsite League of Legends Cosplay Spotlight. This week’s interview is with Natalia Kat who not only cosplays League of Legends champions but many other characters from various video games and anime. I sat down with her to talk about the game and the art of cosplaying in general.

I live in Ontario, Canada, but my background is Polish.

I don't even remember how it exactly happened. My friends and I were the only nerdy girls in grade school. Back in the day being nerdy wasn't considered cool - especially if you were a girl. When we first heard of conventions being a place where nerds could gather together and dress up as their favorite characters, we tried it out and ended up going back every year after that.

I technically first started to cosplay maybe ten or eleven years ago, when my friends and I attempted to cosplay Di Gi Charat characters for Fan Expo. Then I bought a Haruhi Suzumiya cosplay with my savings, and wore that for a few years. But I didn't start taking it more seriously until maybe four or five years ago, and I had more money.

So far I've cosplayed Morgana and Frejlord Ashe. League of Legends characters are good choices when you want to start challenging yourself with making cosplays. I really want to make Janna and Lux eventually too.

My favorite is Morgana. I main support and she's probably the most fun for me to play. I also enjoy using Nami, though!

What has been the biggest challenge for you thus far as a cosplayer?

Before, it was simply being able to afford everything. All of the different tools, supplies, contact lenses, wigs, shoes, fabrics, makeup, con tickets, and hotel costs REALLY add up. But we do it because we love it, and we will find ways to be able to keep at it. I would hunt down fabrics from discount bins, use foam instead of worbla, buy base clothing pieces from thrift stores, use coupons, borrow wigs, share supplies, etc. Now, it's just finding the time to do anything. I work full time as well as multiple side jobs, and constantly have to travel between two cities. I still make cosplays and love doing it; it just takes me way more time now. And if I find a cosplay I love for a good price, I'm totally open to buying it.


There's been some debate lately about whether or not cosplay has become too "sexy" or whether some people enjoy it for the "right" reasons. What's your opinion on this?

I'm not even sure why this is a debate, as it's kind of ridiculous. Sexy cosplay is also cosplay. I've seen plenty of "sexy" cosplays that also took a lot of time and effort to make, with armored parts and weapons. Instead of blaming cosplayers who enjoy dressing sexy, how about we consider the audience that continues to demand it and enjoy that type of content? If a more detailed cosplay makes you feel accomplished and happy, then go ahead and do it! And if you enjoy a sexy character and are confident in cosplaying them, then that's also fine!


What is your favorite convention memory?

Probably Yeticon 2016. I got to go to a pool party, a rave, go zip lining for the first time, and many other attractions that were included with the ticket. It felt more like a resort or vacation with friends than a regular convention. This year, I went back and got to have my own booth, present my first panel, and even win a cosplay award. I do not really like Fan Expo, but last year I was there as media and it was pretty cool. I got to attend the weekend for free, and do an interview with a lead actress from a TV series. I was also forced to attend a lot of panels to write articles about them, and until then I never realized how fun celebrity panels can be. Jack Gleeson (who played Joffrey on Game of Thrones) was a delight. 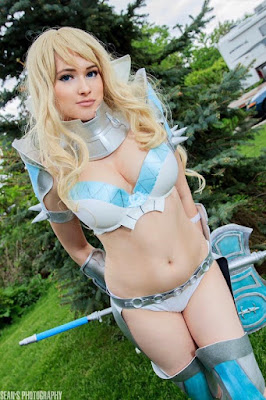 Are you a fan of video games other than LoL?

Outside of games and cosplay, what are some of your hobbies?

I enjoy binge watching horror movies and historical documentaries/TV shows, reading mystery novels, drawing (I'm starting to get into drawing digitally as well), listening to metal or classical music, and thrifting/collecting vintage furniture pieces. I also like to try new things every month or so, and am currently taking samba dance classes. I'm hoping to get back into singing and horseback riding again too. 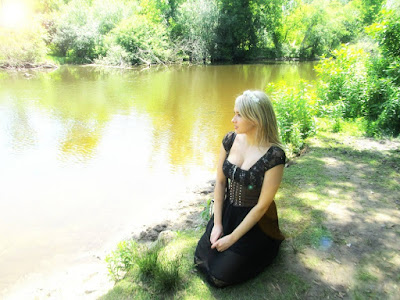