It is thrilling to meet with Onyxeia, who is a cosplay lover and who is good at delivering awesome cosplay work. Let's start from her Nidalee cosplay:

Summoner’s Rift! Haha, no I'm from Sussex in the UK.

I have always been into games, from a young age, watching my older brother play the Sega Mega Drive, and then playing it myself when I was a little older. So when I got the opportunity to visit Comic-Con I was super excited. There I saw a few people dressed up as characters from TV shows and movies that I watch and was just in awe of them. Since then I've been interested in cosplay. What's better than dressing up as your favorite character? 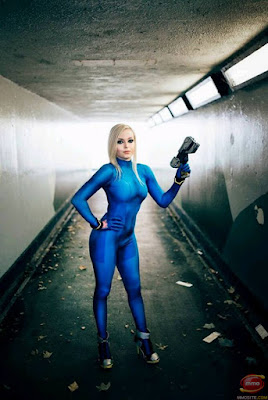 Speaking of TV shows, tell me a few of your favorites.

I practically live off of Family Guy, haha. I also love older stuff like Red Dwarf, Bottom, and The Young Ones.

So who is your favorite League of Legends champion?

It actually changes all the time, haha. But I really love Kayle and Janna.

I have only cosplayed Classic Nidalee so far.

Oh yes, I have a very long list. I'd love to do Katarina and Janna.

I think you'd be an awesome Janna! What skin were you thinking?

Thank you! I'd like to do her Tempest skin. 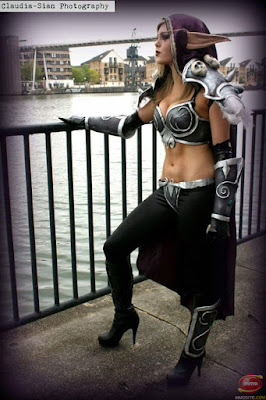 Some of my favorite games are Street Fighter, Dragon’s Lair Time Warp, Guitar Hero, and The Lost Vikings, but my ultimate favorite is World of Warcraft.

World of Warcraft huh? I didn't know people even still played that. How long have you been playing? What keeps the game fresh for you after so long?

Yeah it’s still really big! I haven't been able to play in a long time, you know with work and adulting, haha. But my other half plays quite seriously and I get my fill from reading the lore and character histories.

Well our main con is MCM and it's super busy. In terms of cosplay I don't think it's as big over here as it seems to be elsewhere in the world. I think it's still fairly new in the UK.

What's the funniest thing that's happened to you while cosplaying?

It would have to be at the photoshoot for my Nidalee. I was climbing around on a fallen tree trunk and jumped down, though unlike a cat, I face planted the ground. Don't think I've seen my friend laugh like that before…

What are some of your hobbies outside of cosplay and gaming?

Other than cosplay and gaming, I'd say my job is also one of my hobbies. I'm a tattoo apprentice and I work with some of my best friends. I love doing my alternative and fantasy modeling as well as looking after my pets and listening to metal. 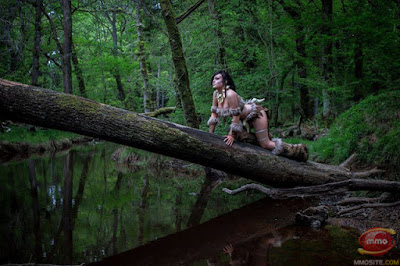 Tell me about the tattoos that you have.

I currently have about eight tattoos, though it's quickly growing, haha. I have two dragons, a half sleeve of skulls and roses, a shark, a bunny, some Viking symbols and Iron Maiden’s mascot, Eddie.

What is the first one that you got?

My first was a Viking dragon on my back.

Do you ever conceal them while cosplaying?

I only conceal them for some cosplay shoots if I think it doesn't suit the character but I love showing my tattoos in cosplay. 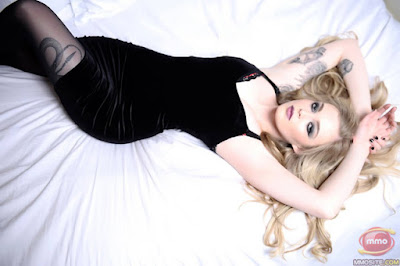 Just that I'm super hyped about all the new things happening for me! I'll be guesting at a few smaller cons in the UK and I'm starting to sell prints! Exciting! 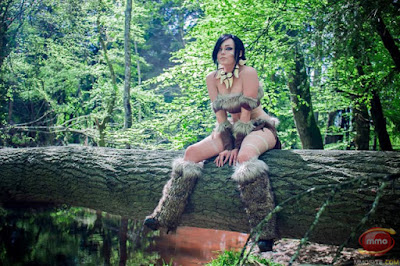