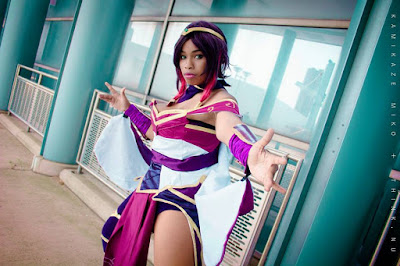 Cosplayer and voice actor TWVoices is featured in this week’s MMOsite League of Legends Cosplay Spotlight. Tiffany Witcher is a disabled east coast cosplayer most noted for her video game cosplays and being an advocate against cosplay bullying. She has even been featured in the Summoner’s Showcase. I spoke with her about cosplaying and of course League of Legends in general.

I'm from Washington D.C. but I currently live in Toronto, Canada.

Going to many conventions and seeing people in costume. I wanted to do it but at the time I couldn't due to lack of funds.

Is cosplay expensive to get into?

I believe it's how you make it. You can make cosplaying expensive to get into or you can start small and do a budget-based cosplay to get the feel of it. 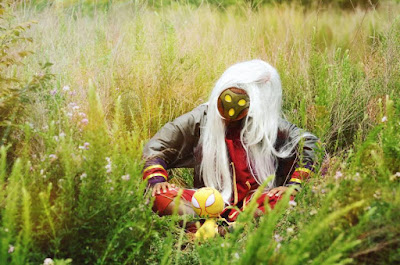 It really depends on the mode, I'm a support main so I enjoy playing Rakan, Sona, Karma and Soraka. Now if we're talking URF mode then I love playing Sona, Karma, Illaoi and yes Teemo. 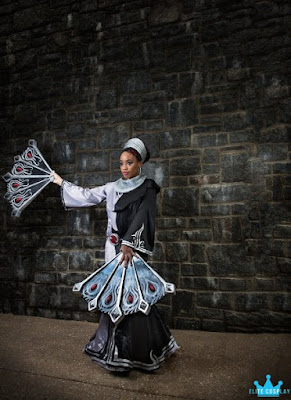 What do you think are some of the challenges of cosplay that most people don't realize cosplayers face?

Besides being a POC cosplayer, I also suffer from Lupus. I don't get to move around or have as much of a presence at conventions because my body hurts and I feel fatigued a lot. Being a black cosplayer is also hard due to the constant harassment I have received for cosplaying a character out of my skin color without also altering my skin color such as my Steampunk Sailor Mercury.

What was the first cosplay you have ever done?

So you are also a voice actor?

Yes, I voice act currently for dozens of indie games and animations. One day Riot senpai will notice me! 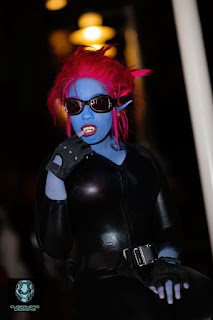 What is one character you'd like to cosplay the most but haven't been able to yet?

I want to cosplay Illaoi more; she's just an amazing character all around and I love being her. I've only been able to cosplay her once.

Outside of cosplay and gaming what are some of your other hobbies?

Of course I do voice acting but I also sing as well.

Do you have any advice for beginning cosplayers?

Cosplay for yourself and have fun doing it. Try not to listen to the negativity of others and always try to be respectful in the community.