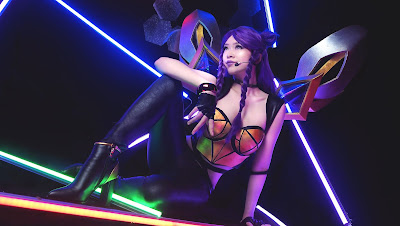 I am based in Kuala Lumpur, Malaysia. Somewhere in Southeast Asia.

I've actually been cosplaying for only a little over a year. I started cosplay in January 2018 but have been picking up more and more cosplays in 2019.

I was actually interested in cosplay all the way back in 2009 when I first started following anime. Back then I was young kid who didn't have much freedom when it comes to going into events nor do I have many friends of similar interests. I never really got to go to any anime/cosplay conventions up until 2017 when I had started coming back into gaming. Eventually, I met more and more people within the community who were really supportive and encouraging when it comes to cosplay. Thus, my debut in 2018. Although it was not the best work, I had a great time and continued on from there. 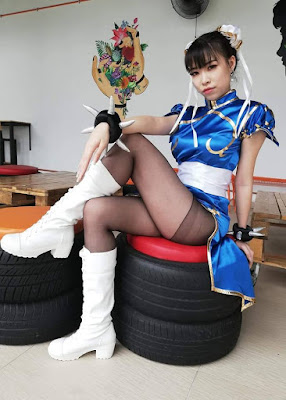 I used to watch A LOT of anime back in 2009 but over time I've diverted from the genre. However, several shows will always remain in my heart. Shows such as Cardcaptor Sakura, Law of Ueki, Chobits, etc. Those play a big role within my childhood years. As for now? I do take the time to watch a few anime now and then especially if I have any plans to cosplay that character.

Oh wow, a lot. I frequently play League of Legends, Monster Hunter World, Apex Legends and sometimes Overwatch. However, a few notable games that I really enjoyed were Harvest Moon: Back to Nature, Persona 5, Crash Bandicoot, O2Jam and so much more - I can't pick!

I don't watch many shows on TV to be honest.

I like a lot of movies but I can't pick one! 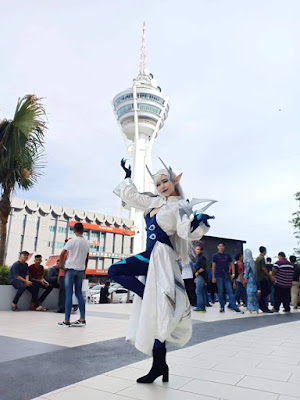 Definitely Nothing but Thieves.

I don't actually have a fixed inspiration but I definitely do look up to a few people such as Kamui, Kinpatsu, and Stella Chu but I would also say a few of my inspirations are my friends themselves who constantly encourage me to go for cosses and help me out at times when I'm stuck

As for now I plan to cosplay Tifa from the Final Fantasy VII Remake, Wraith from Apex Legends, Irelia from League of Legends, and Moxxi from Borderlands 3! All video game characters, hahaha.

I would say my favorite parts about cosplaying is the whole experience and getting to put on the costume, together with the makeup and finally portraying the character! It's always the best part when you get to see all the individual components come together and most of the time I even surprise myself. 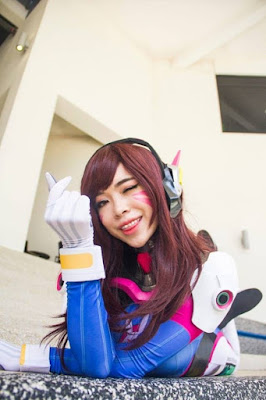 As for my least favorite part, it would probably be starting off because I always get too ambitious with the characters I want to cosplay and what I can actually achieve in the time span. Especially if the character I'm interested in has a lack of pictures online and I have to squint 1,000 times to decipher the elements of the cosplay.

You mentioned you are a League of Legends fan. Who are some of your favorite champions to play in LoL?

My favorite champions are probably Caitlyn, Jinx, Nami, and Irelia for her lore and the fact that I could relate to her Mulan feel.

What about most hated champ to play against?

Well it depends on the champion I'm playing at the time and who can counter them, but generally I would usually ban Blitzcrank or aggressive ADCs like Kai'sa, Lucian, or Ezreal if I'm playing bot lane. Besides that, I'm sure everyone can agree Teemo is a pain to deal with!

Do you have a favorite League of Legends pro team / pro player?

Not really to be honest, I was actually fortunate enough to attend last year's World's in Korea and got to witness IG vs Fnatic live and that on its own was a memory of a lifetime. However, even back then I couldn't pick a side!

Tell me about your time as part of the Riot Games Student Ambassador Program.

At that time, I just only started playing League and knew little about the game itself. I had also just entered university for over a few months when I saw a post for a Riot Games Student Ambassador Program on League's client. I knew nothing much about it and didn't know what to expect but I figured that it would be fun to try. To be very honest, I expected that the program would have a few students representing one institution and I thought it would be cool to meet others from my institution. But what I didn't know when I got picked was that I would be the only representative of my institution. The role required you to host and promote gaming events, activities and support the gaming community within and outside of your institution. This program was the first of its kind in the world along with Germany. 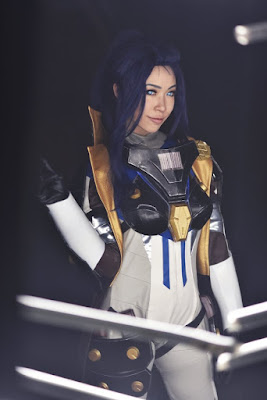 At first, I was really out of my element. I barely knew anything about the game nor did I know anything about my institution. I recalled debating in my head that maybe I should just not do anything and focus on my studies but something in me decided to just give it a try. So there I was trying to form an Esports club in within my institution. From then on, I met people who were passionate about gaming and made valuable friendships with them. I actually felt that I had a place to belong and a family to keep providing to. So at the end of it all, it didn't even feel like a role I had to be responsible for but more of a service that I could always provide to the family I've found. The program not only pushed me outside of my shell within my institution but also allowed me to network with actual industry people and of course the other Riot Student Ambassadors from different institutions. I can't possibly describe the RSA program in a summary because this one year really gave me memories, confidence, and families that I can never find anywhere else. Unfortunately though, the program could not continue for a second year but at the end of it - I'm just really glad I decided to take that chance.

I actually grew up with a family who ballroom dances and I've been learning and competing in ballroom dancing. This also was the reason why I liked the aspect of cosplay from the start. It was because I saw cosplay as a similar form of entertainment and portraying. I also always did my own makeup since young (even though they were horrible) but that instilled the interest in me to dress up. 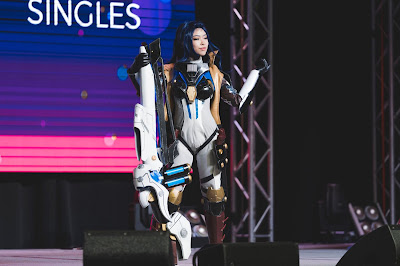