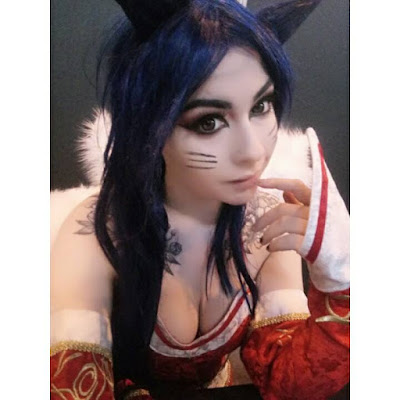 This week’s interview is with Maizy Marzipan, a cosplayer and alternative model who has been featured in several international publications.

I am from Glasgow in Scotland.

I have always enjoyed dressing up as characters from movies and games from a young age so before I even knew what cosplay was I was doing it! In terms of attending cons in cosplay, however, it has only been a few years.

So before you knew about cosplay you'd just dress up as movie characters in regular old every day life?

I wouldn't say in every day life but any kind of party I would demand people came dressed up. Any excuse I had to throw a costume party! 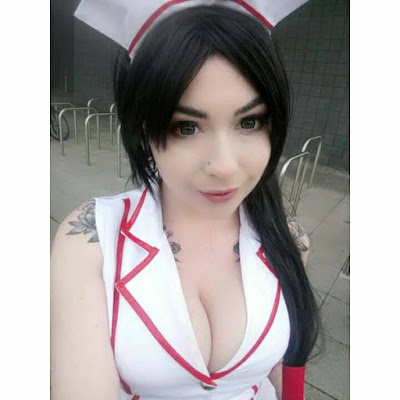 How long have you been cosplaying at conventions?

I've been unintentionally cosplaying for years but I would say that I first started creating costumes and taking part in cons around 2015.

I can't get enough of cosplaying League of Legends characters! It is my favorite game. The champions are all so full of life and character. So far I have cosplayed (in order) Teemo, Gnar, Bandit Sivir, Ahri, Nurse Akali, and Nidalee - my absolute dream cosplay would be Xayah so I am hoping to work on that in 2018!

Who is your favorite champion from League of Legends to play?

I adore playing League; I stream it almost every night of the week on Twitch, I met almost all of my friends as well as my boyfriend through League, too! Right now I love playing Malzahar (don't judge me please!) I also play Vel'koz a fair bit. I am a mid/support main and I am loving Blitzcrank and Braum ever since the ardent nerf in preseason.

So you met your boyfriend playing League? Seems like most guys' fantasy come true. Was it online? Can you tell me more about that? 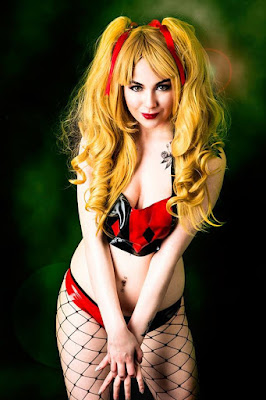 I met my boyfriend at a fan meetup of ex pro player Snoopeh, and we became friends. I was shoutcasting local League tournaments and working events for Riot and we ended up at a few of them together. He's a League of Legends YouTuber (his channel is RossBoomsocks) and I am a streamer/cosplayer so it works out! We get to work and play together. I am currently forcing him to play support.

Do you play any video games other than LoL?

Right now I'm playing through Breath of the Wild and Danganronpa but I mostly play League just now.

What are some of your favorite movies?

Little Miss Sunshine is my absolute favorite film of all time!

So far my least favorite thing would be the attitude of some of the community. I've found it to be pretty elitist and exclusive. I've worked in the modeling industry for three years and it's infinitely less nasty than my experience with the cosplay scene which really surprised me.

My favorite part though is the events! I love going to London and Glasgow MCMs and seeing all the amazing cosplays. London MCM feels like a whole other world and its fun to get lost in that.

The good outweighs the bad and a few elitist people don’t detract the joy I have for cosplay! 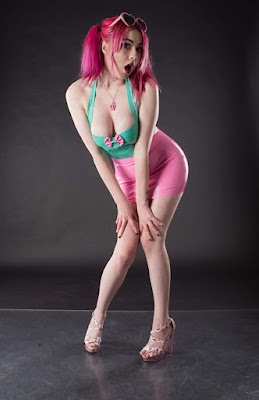 I do spend the majority of my time playing video games either as part of my stream or for leisure but I am a full time model for a job although I do regard that as a bit of a hobby.


This week’s MMOsite Cosplay Spotlight is an interview with one of my favorite cosplayers, Ashavari. I spoke with her about the differences between modeling and cosplaying, what it’s like to cosplay at conventions as opposed to simply attending them, and of course League of Legends.

I'm an Indian-Canadian alternative model and cosplayer based in Toronto, Canada.

I've always been passionate about costuming, but the first time I was introduced to the convention scene was when Fan Expo 2011 was happening. My friend and I were really into the Underworld movie series at the time, and so I decided to dress up as Selene from Underworld!

I LOVE Morgana! She's one of the first champions I learned to play and to this day she is my main! Her skins are so badass, too. I plan to cosplay her classic skin, the blackthorn skin, and also her Halloween one!

Any other current plans for future LoL cosplays?

Absolutely! In addition to Blackthorn Morgana and Bewitching Morgana (since Morg is my main and my favourite champion), I also have plans to cosplay the dark form of Elementalist Lux, Aristocrat Vayne, Blood Moon Diana and Nurse Akali at some point.

What are some of the differences between modeling or a photo shoot and cosplaying at conventions?

There are a ton of differences! A photo shoot is usually in a more controlled environment. As someone that models, you aren't always experienced with the costuming or doing artistic direction for the photo shoot. I personally have experience with art direction and wardrobe-styling too, but it's not common for models to provide that for their photo shoots.

With cosplaying at a convention, you completely lack control of the environment you are shooting in. You are usually forced to work within the confines of the convention building or just outside and around it. Often, the lighting situations can be sub-par and photographers have to make sure they are fully prepared with their own travel-friendly gear to ensure that their photos will turn out exactly as they envisioned. As a cosplayer at a con, there are many more people trying to take photos of you and you always have to be careful and mindful of the cosplay that you are wearing in case it gets damaged by others.

I have only ever attended conventions as a fan. Walk me through what a day is like at a convention for a cosplayer.

Sure thing! It can be extremely fun but also very exhausting. Usually the first few hours are spent assembling and getting ready to attend the con. Sometimes that means last minute sewing, hot glue and patch-work to make sure that your costume is ready for the day! Before leaving for the con, you have to be mindful of how to pack necessities and where to keep your phone, because you need them with you at all times. Once you attend the con, depending on your costume and how recognizable it is or how much you stand out, people will always come up to you and ask for photos. They will often stop you every step of the way when you try to get from point A to point B. At first, this is a really fun experience and you have the energy to fully get into character. However, as the day moves on and you get hungry and tired, it can be very draining to be constantly surrounded by people who expect you to stay in character. It's a lot more effort and a lot more work than one would think.

It's always nice to have an out-of-cosplay friend who can hold on to some of your necessities (like your phone and wallet), and stay with you to keep you company. As a cosplayer, it's very easy to lose the friends you came with. Since you get stopped so often for photos and your friends want to keep on going, it takes only about five minutes for you to completely lose them and be lost in a sea of people. That being said, there are a lot of great interactions to be had with other cosplayers, networking prospects and more! It's a great way to meet new people and step out of your comfort zone!


You mentioned you were an Underworld fan. Have you seen the latest Underworld movie, Blood Wars?

I actually have not watched that one! I was extremely disappointed by the fourth movie, Awakening, and felt that I could no longer continue the series. For me, the first three movies are literally perfect and I was very satisfied with how they ended.

So outside of video games and cosplaying what are some of your other hobbies?

I have a lot of hobbies actually! Aside from doing alternative modeling on the side, I am also a singer/songwriter. I used to play in a metal band for four years and I still try to collaborate with other musicians on Youtube every now and then. In fact, I did an a capella cover of Diana's Theme from the League of Legends soundtrack and I plan to do it again with a proper recording. I also may have more League music covers in the works, but you'll have to be subscribed to my Youtube channel for updates on that! Haha
Posted by Alex at 9:08 PM No comments: