I first cosplayed in 2012 at Anime North!

I was attending my first con with my boyfriend and a couple of friends and they vaguely described how people dress up as characters they like to these things and I immediately thought that sounded super fun so I scavenged my closet for items that I could make work and references of Marceline from Adventure Time. When I actually got to the con and saw tons of cosplayers proudly walking around in amazing costumes and displaying their love for their favorite characters and series, I was instantly inspired to cosplay more.

I watch some. I'm a bit picky when it comes to anime and I don't spend much time doing it since most of my free time goes toward video games, but a few favorites of mine are Gankutsuo, Death Note, Parasyte, Ajin, Fate Zero, Death Parade, and the Ghibli movies.

Brooklyn 99, Curb Your Enthusiasm, and Summer Heights High. I also really enjoyed the three seasons of Stranger Things! I'm currently watching (and loving) the original Teen Titans since I never did watch it as a kid.

How about favorite movies?

Little Nemo: Adventures in Slumberland, Spirited Away, Howl's Moving Castle, The Hunt, Hercules and The Lion King... and probably many more I'm forgetting.

Tons! I love having my social media feeds filled with cosplayers and artists who inspire me. Kamui Cosplay has to stick out, as her tutorials really helped me out when I started cosplaying. 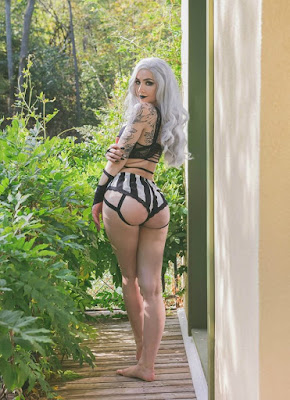 Ohh I have a bunch, haha! I'll be doing three different versions of Starfire, a casual Raven, Camie from MHA, Officer Jenny, Edelgard from FE3H, A Star Wars OC (actually just finished but I have yet to wear it), Sabrina the Teenage Witch, Effie from Fire Emblem (which I've been working slowly on for many months now) and a big surprise project for Katsucon 2019. These costumes are a mix of store-bought costumes, alterations by me, thrifted pieces, and pieces or in some cases whole costumes made by me.) PHEW. Some may have even been left out there but those are currently lined up!!

My favorite part is wearing a finished cosplay for the first time! (Especially if it's one that took months to make!) I also love being in group cosplays with friends because it's always so much fun. My least favorite part is probably the times when I first start a new cosplay and feel stuck or don't know where to begin, and patterning can be confusing and frustrating for me.

What advice do you have for someone who is just starting out and maybe hasn't even cosplayed at all yet?

Know that there is no wrong way to cosplay! Made, store-bought, commissioned, thrifted, cardboard, bikini, sexy, genderbend, redesign, or original design... just have fun with it!

What do you do with costumes after you are done with them? Do you save them somewhere?

I either sell them, store them, or trash them. If I run out of space and especially if the costume itself is not holding up anyway, I sadly have to throw them out. It's always really hard to part with them but I try to do multiple photoshoots in all my cosplays, and then I can at least treasure the photos forever!

Outside of video games and cosplay, what are some of your other hobbies?

I don't have a ton of other hobbies. I recently formed a DnD group with some friends which is a lot of fun, and I do love playing board games when I get the chance to. I also enjoy watching movies and shows, and I'm currently listening to the podcast Critical Role.

I think Cosplayers (and other online figures or content creators) are often just seen as "online people/personalities/photos" and not as real people.. But as definitely real people, we all sometimes struggle with personal things going on in our lives or mental health issues, etc. This usually isn't something you can see just from browsing someone's Instagram where they choose to show just parts they want to share. There is always more to people than the small window we see into them online, so please be kind. 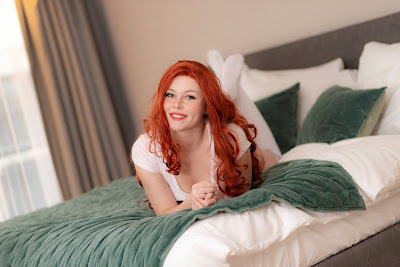