The Cosplay Gallery Spotlight is not an interview, but merely a collection of images featuring a choice cosplayer to help introduce fans to them and their work. These images come from the cosplayer's shared social media posts. Photo credits provided when available.

Today we are looking at Rolyat, sometimes referred to as Rolyatistaylor as her first name is Taylor.

Enjoy this gallery of 16 amazing images! If you wish to find more of her work, check her out on: 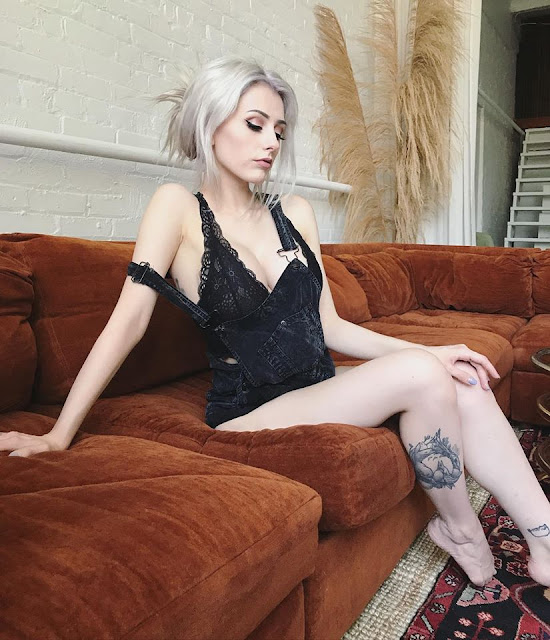 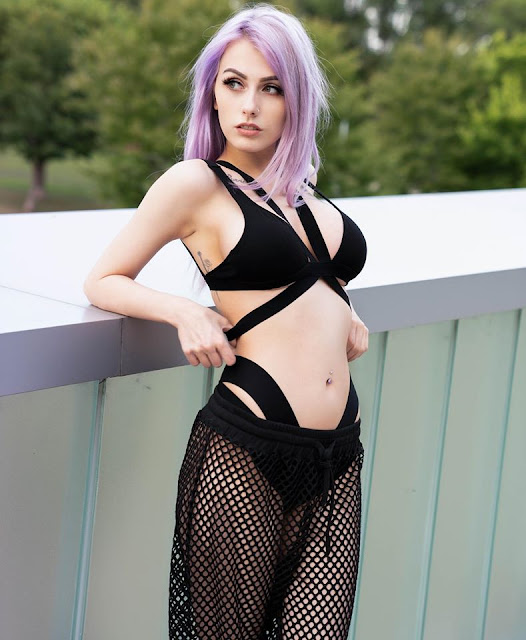 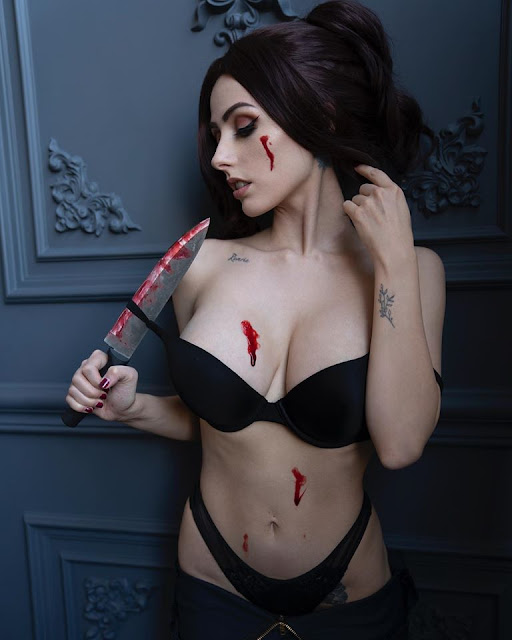 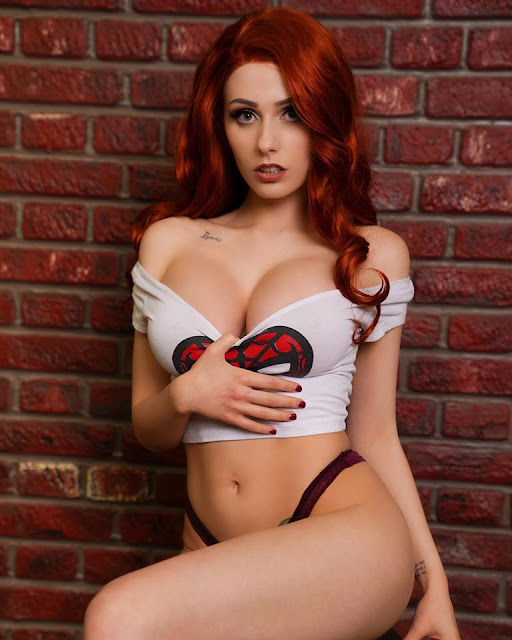 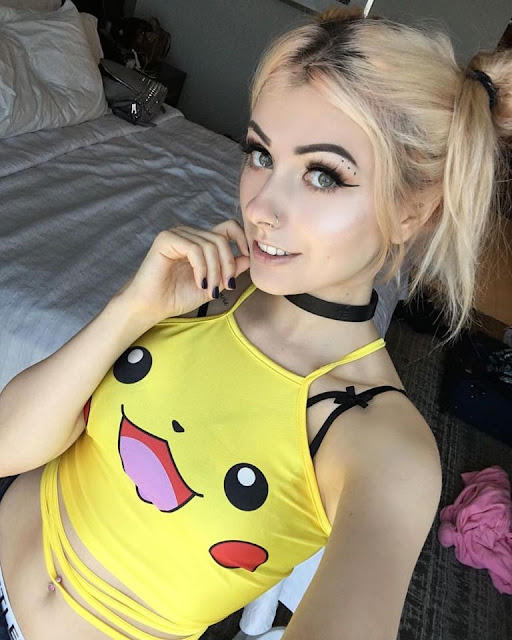 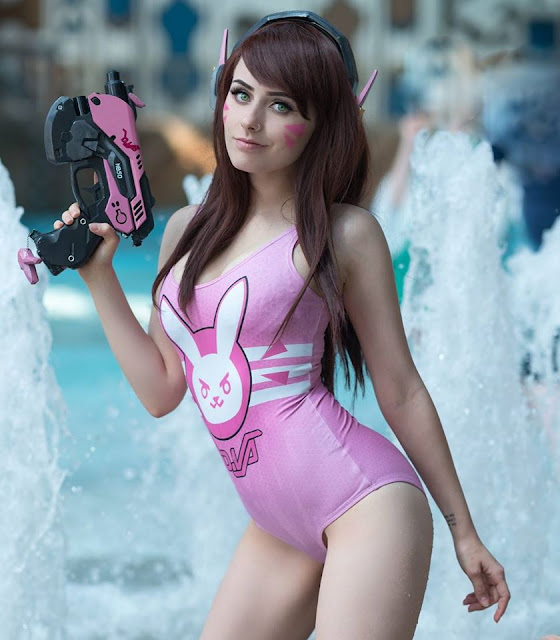 SuicideGirl Gamer of the Month: Romany 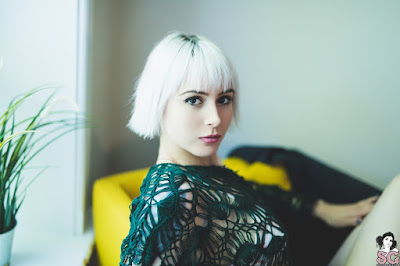 What are some of your favorite all-time games?

The MGS and Silent Hill series (1-3) will always stand out to me as deeply loved favorites. Life is Strange 1 and 2 absolutely effected the hell out of me it was an excellently written and tragically beautiful series. Elder Scrolls Oblivion and Skyrim of course as well as the Fallout series, the Last of Us (anxiously awaiting the sequel), and the original Tomb Raiders 1-3 gave me so many hours of enjoyment. Parasite Eve 1 and 2, Left 4 Dead, GTA V, and the first Persona for PlayStation 1 (at the time "Revelations: Persona") is my all time favorite of any game by far. They don't make them like that anymore! As far as arcade cabinets, Revolution X is my top favorite and I'll always obsess over it, Hydro Thunder in 2nd and oddly my 3rd favorite arcade game is Bust a Move. 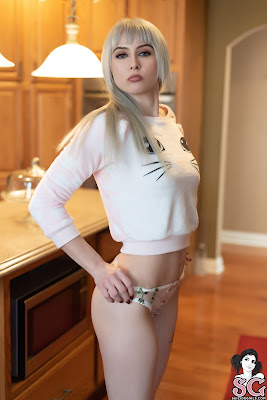 How long have you been a gamer and what first got you interested in the hobby?

My whole life. As a child, my parents must have gotten my older sister some consoles but she never seemed to play them so I did. I spent much of my childhood gaming. We had Atari, NES and SNES, and then later on I got a PlayStation and so on and so forth. I can't remember a time when I did not game, other than maybe when I was too young to operate a console.

Do you think the number of girl gamers has grown over the years, or has it just become more socially acceptable so that it seems that way?

I don't like the term "girl gamer" either you're a gamer or you're not. I'm sure the number of gamers that are female have grown and it has also become more socially acceptable and commonplace but I still feel like we aren't taken as seriously as equal gamers.

What's the best movie based on a video game?

I feel like Uwe Boll has ruined even the idea of movies based on games for me, haha. The Tomb Raider movie seemed pretty similar to the game series revamp which is decent. I guess the first Silent Hill movie I would say is the best movie based on a game, in my opinion that was quite good. We won't mention the sequel. 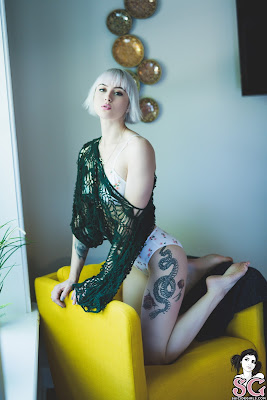 I love it and don't get to do enough of it. I've been planning a BloodRayne cosplay for years now. I should get on that!

I've been pretty busy so haven't been playing much. The last game I beat was Until Dawn. Now that was a really cool game. I am still trying to get through Amnesia: the Dark Descent, but for some reason I can only play it in short bursts. It kinda makes my head hurt, haha.

Which Fallout game do you think is the best?

Fallout 4 is by far my favorite, they have made so many advancements with this game and I love it, the story-lines, side quests, NPCs are better and I even love the settlement building aspect. I could spend days just doing that, the game is so immersive I lose myself in it.

As someone who has a lot of experience playing some of the classics, what do you think about game remakes? Are they cool or should developers just leave these games alone?

It really depends. Are they revamping the series totally or just putting out say, Final Fantasy 7, with updated graphics and a little additional content? As long as they are not making major changes to the story-lines then usually I am okay with it. I would love to play a revamped Suikoden with current graphics. 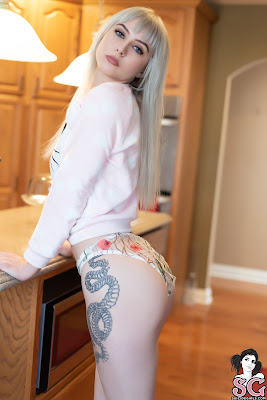 My favorite movie is a hard top five, but I'll say Chronicles of Riddick. Favorite band is of course the amazing DOG FASGION DISCO!!! TV show was Game of Thrones until the last two episodes. Now I'm really getting into Westworld

Do you watch anime at all?

I do here and there, not as much as when I was a teen. I like darker animes like Gantz, Blue Gender, Serial Experiments Lain, etc.

Outside of gaming, what are some of your other hobbies? 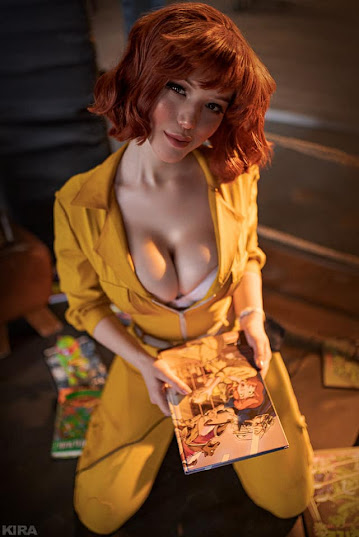